Those of you who’ve spent any amount of time with me know that I live my life through movie and television quotes. I connect to others through our shared experiences with entertainment, and many life-lessons are ready for harvest—particularly in cartoons. 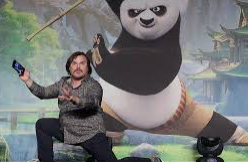 One of my favorite movies is the 2008 Dreamworks Animation film, Kung Fu Panda (all photos in this post copyright Dreamworks Animation. All rights reserved).  A panda named Po, voiced by comedian and musician Jack Black, is a character I, as an overweight but highly enthusiastic individual, relate to on a visceral level. He loves food as much as he loves kung fu, and when he finds himself suddenly within the world of his highest aspirations, he experiences awe and self-doubt in equal measures. 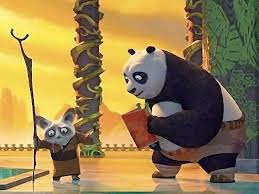 Po was raised by a goose who owns a noodle shop, serving their famous “Secret Ingredient Soup,” and while he has been preparing the soup for decades, he does not know the secret ingredient. During his training in the Jade Palace when he finally achieves the highest honor of receiving the Dragon Scroll, he is flabbergasted to discover the scroll is nothing more than a reflective piece of paper.

At the height of his disappointment with the entire Peaceful Valley evacuating in advance of an attack from escaped prisoner and Kung Fu Master Tai Lung, he runs into his father, the goose. His dad, seeing the sadness in his son’s face, takes the opportunity to reveal to him the secret ingredient in an attempt to lift his spirits. You can watch their interaction here.

This is one of those moments where I feel the doubt in myself rise to the surface—all the times I looked at those I admire and longed to know what it is they know that has allowed them to become who they are. What was their secret ingredient? I look at the selflessness of Mother Teresa, the courage of Amelia Earhart, the creativity of Frida Kahlo, the passion of Ella Fitzgerald, the strength of Indira Gandhi, the perseverance of Benazir Bhutto, and the vulnerability of Oprah Winfrey. I look to the defining traits of the women I know personally who have inspired me to be a better version of myself, and instead of feeling the weight of self-doubt, the lack of self-worth, and the overall feelings of being less-than those around me, I am gifted with these simple words: there is no secret ingredient.

All these women I admire are special, because we believe they are special. These women have done amazing things, AND there is no secret ingredient! It’s just them, being who they are, when it mattered most. After all, Rosa Parks was a woman who worked long hours who was just trying to get home. When they told her to move, her exhaustion moved from being tired in her body to being tired in her mind, to being tired of giving in--and her response sparked a revolution. 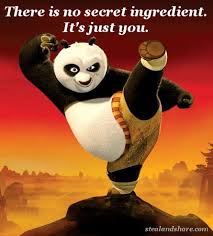